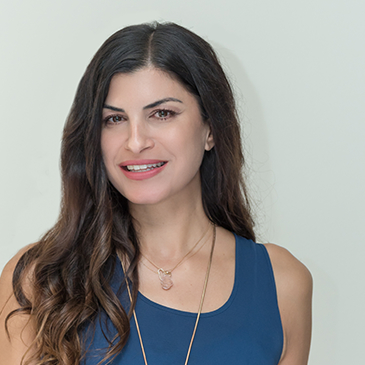 Dimitra, the originator of the venture called EXELIXI ZOIS (Life Evolution). Mother of a rowing champion but also a friend since their age difference is very small. She studied Hotel Management at Vienna’s Modul University and worked in the area of Public Relations, Event Management, Marketing and Communication at some of the largest hotel companies in Greece, Spain and Austria. One of her successes is her participation in the organization of the NATO conference.
Dimitra continued her successful career with nationwide acclaim in the automotive field. She also participated in setting up a large hotel chain (Grecotel group of 18 hotels). She later worked as a Project Manager at an NGO.

Currently, she is the Commercial Director at SNFCC, where she oversees the country hire department of third-party events, hosting over 500 corporate events, organizations, social events, conferences and ideas dissemination events (such as TEDx Athens). In addition, it oversees visits by heads of state and key figures. She is continuing her postgraduate studies until April 2020 at the English-speaking ALBA University in Executive Management. Above all, however, Dimitra is a mother. During her son’s school years, she was always on parenting boards. There she set up on her own initiative a parenting school and, at the same time, she actively participated in the participation of students in European programs, in whatever way, supporting the work of teachers. At the same time, she is a member of the Boards of the Egypt Maritime Club, where athletes have had great success in recent years in Olympic Games, World, European and Pan-Hellenic Championships. Her great love for her son and all the children led her to take more active action today. Although her personal time is minimal, she did not hesitate for a moment to pursue the minimal chances of accomplishing the difficult task of creating EXELIXI ZOIS (Life Evolution). She was inspired to create EXELIXI ZOIS (Life Evolution) after meeting with a 17-year-old girl during one Christmas visit to a girls’ hospitality institution as President of Parents and Guardians of the 1st Old Faliro High School 5 years ago. The young girl’s agony about the future also became Dimitra’s agony, too. Today, however, thanks to her efforts and with the full support of the Stavros Niarchos Foundation, she is attempting to make a substantial contribution to empowering children living in closed childcare institutions.
She speaks English, German and Spanish.
Dimitra is the President and Founder of EXELIXI ZOIS (Life Evolution). 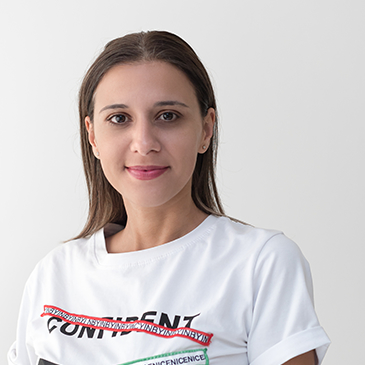 Maria holds a PhD in Communication and Mass Media, a master’s degree in journalism and New Media and a master’s degree in Political Communication and New Technologies from the University of Athens. Her interests mainly concern on the representation of social issues in the media. She is certified through the International Collaborative Institutional Training Initiative (CITI) and the Rutgers University Office of Research Regulatory Affairs (ORRA) in the United States for her research project: Mapping and Analyzing Public Health Campaigns Greece: the experiences and practices of public, private and non-profit organizations.
She has worked as a journalist in television shows, in the clinic press office as well as in university units. She has been involved in the implementation of the Quality Management System (QMS) in organizations with the aim of ensuring their improvement.
She completed the Entrepreneurship in Action program from the University of Athens Investment Applications Laboratory and at the same time the Ashoka Hellas Impact on Health empowerment program specifically designed for the health sector. He has also been involved in the design and implementation of social practices in islands and in the province.
At EXELIXI ZOIS (Life Evolution) Mara is the Director and Head of Education. 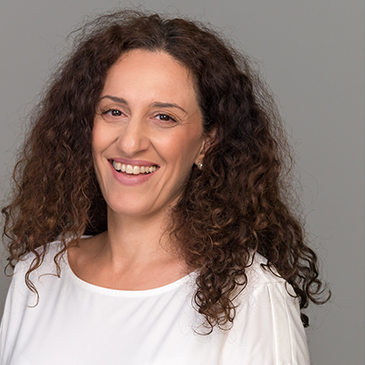 Kalliopi is a mother of two underage children. However, motherhood has not prevented her from pursuing a brilliant career in the private sector and charting her own path. She has worked for some of the largest companies in automotive, advertising, logistics and home and appliance imports fields as well as for a communications and public relations firm.
One of the highlights of her career was her participation in the 2004 Athens Olympic Games organizing committee, where she worked at the Directorate General for Technology as the Telecommunications Director for Budget & Human Resources Planning. Her responsibilities included organizing training for telecommunications service users, volunteers, contractors, sponsors and paid staff, as well as organizing and overseeing the recruitment process. As a restless spirit and with a surplus of love for fellow human beings, Kalliopi has always been involved in charity activities whenever possible. 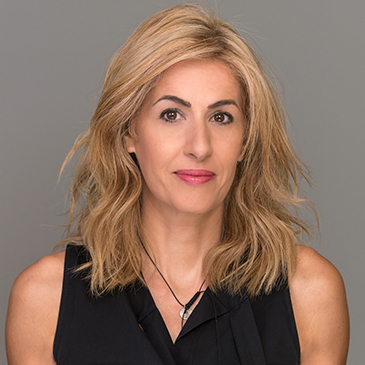 Olympia raised two exceptional young people 21 and 24 years old. She is distinguished for her social activism. In addition to her role as a mother, she actively participates in the community, developing volunteer projects in various fields.
She is a founding member of the Corporate Social Responsibility program “Leftover Heart”. Combining her love of giving with sports, she volunteered in competitions aimed at raising money for vulnerable groups and at Special Olympics. She has been involved in running and managing services in a large catering company always with her conscious commitment to the principles of corporate responsibility.
She has excellent communication and cooperation skills within the group, supporting and empowering the people around her.

At EXELIXI ZOIS (Life Evolution) Olympia in our team is in charge of Administrative Support and Service Management. 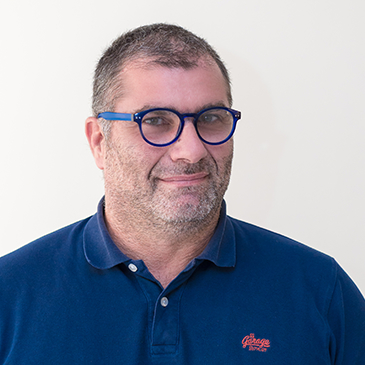 Stefanos was born and raised in one of the poorest countries in the world, Sudan. The difficulties helped him to understand from the outset the value of solidarity and help to and from fellow human beings.
Sport allowed him to overcome his difficulties in a beautiful way. In this regard, he has managed to combine his two most beloved sports and children’s occupations through his studies at the Department of Physical Education and Sport (TEFAA) at the University of Athens.
He has had a long career in the private sector in Greece and abroad with his main position of Manager in a marina in Saudi Arabia. However, his love for progress and development has come through attending many certified seminars and postgraduate studies in personal development (Life Coaching). The next step was to deal with the ESCS ecosystem. These elements brought him close to the EXELIXI ZOIS (Life Evolution) team.
At EXELIXI ZOIS (Life Evolution), Stefanos is in charge of managing the volunteer network and organizing sports programs.