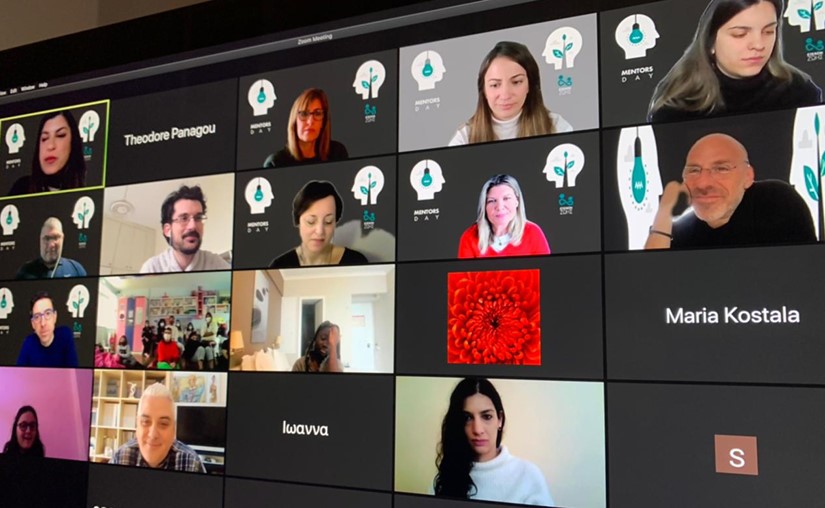 Two distinguished speakers participated in the second meeting of the "Mentor's Day" action, which took place on Sunday, March 21, on "Personal Development and Self-Improvement". Mr. Stefanos Xenakis, author of the best-selling book "the Gift", and Ms. Marea Laoutari, a certified life and business coach, had a warm and creative discussion with the beneficiaries regarding the value of self-knowledge and motivation as power motivators, to achieve their goals and their personal development. The online meeting, which lasted more than two hours, highlighted the children's anxiety about their future options, but also their enthusiasm, which stems from the opportunity given to them to express their concerns to people that are role models of life.

Ms. Laoutari, who guided the conversation, after talking to the beneficiaries about her interesting transition from the field of Advertising to the field of life coaching, referred to the ways of managing stress and fears. As she explained, most of the time anxiety and stress are caused by future scenarios created by the brain and not by the situations that a person experiences in the present. With the immediacy that distinguishes her and in order to creatively activate the beneficiaries, she asked them to share with the group issues that concern them, but also things that they like and that they are proud of. Many of the children who spoke described personal situations and behaviors that even though had made their lives difficult in the past, they managed to overcome them, sending in their own way positive messages to the other participants.

Mr. Xenakis admitted that in the world of writing he managed to channel his innate passion for self-improvement and personal development. The author described how he got to the publication of his first book in 2018, "the Gift", and what exactly led him to his huge success, selling more than 150,000 copies. Through short everyday stories, he explained to the beneficiaries that small "miracles" happen in life every day, which we often ignore and pass by, but if we recognize them, they are able to overturn things taken for granted. He also advised children to find the courage to claim what they want, always listening to their inner voice. "Only inside us we know what exactly we want. The most important talent in life is to learn to listen to the voice that I have inside me", Mr. Xenakis said.

This is, after all, the content of his next work, as he is currently working intensively in order to include in the curriculum of all schools in Greece the course "YES I CAN", which will be a guide to values and self-knowledge. Ms. Laoutari, also, adopted the above statement explaining that, children through Life Coaching will be able from their childhood to be trained to set goals, to have the courage of their opinion, to love others and communicate properly.